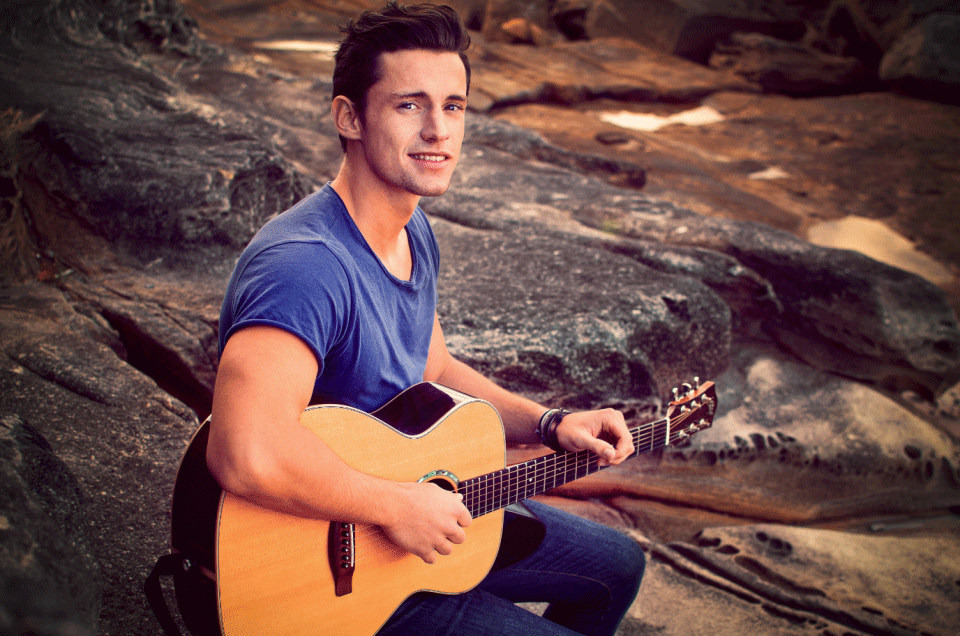 Dedicated, powerful, heartfelt. These three words describe talented up and coming singer-songwriter Mitch Thompson who gained national attention in 2012 when he appeared on The Voice Australia as part of Team Seal. Hailing from Sydney’s Northern Beaches, Mitch started performing at a very early age singing in high school productions which eventually led to fronting popular Northern Beaches rock outfit, ‘Is it Her’ at age 13. The band gained solid popularity in Sydney, which resulted in selling out famed local venue, Lizottes, Dee Why many times over and included supporting artists such as Daryl Braithwaite, Richard Clapton, The Black Sorrows and The Radiators.

During his final year at St Augustine’s College, Mitch was selected to perform at the Sydney Opera House as part of the prestigious ENCORE showcase. This event showcased the emerging talent of young instrumentalists, vocalists and composers from the 2011 Higher School Certificate Music examinations.

After his time on The Voice, Mitch went on to perform at corporate functions and appeared in the televised Channel Nine ‘Voices Reaching Out’ concert, joining his fellow performers from the show raising funds for The Reach Foundation at the Palms Crown Casino in Melbourne.

Mitch has continued to perform in his hometown of Sydney and interstate. 2013 has seen Mitch branching out and collaborating on several dance tracks. The first, ‘Open Your Eyes’ with Will K, Marcus Santorio and Daniel Gregorio was released through Neon Records and went to iTunes in May. The track received airplay in Indonesia as well as being featured on Nova in Sydney and receiving rotation on Sydney’s 96.1.

The second collaboration, ‘It’s Not Over’ with Six Fingers and Tass was released through Neon Records on Beatport in June then onto iTunes in July 2013. The track was featured on Nova, Sydney’s 96.1 (high rotation), Radio Metro on the Gold Coast along with other various dance stations. The song also gained international radio attention in Indonesia and on US dance stations.

Mitch graced national television once again in July 2013 as part of X Factor. Receiving outstanding reviews from judges Danni Minogue, RedFoo and Ronan Keating, Mitch went on to Super Boot Camp before gaining a much sort after spot in the Top 24. This took him to the bright lights of LA for home visits as part of the Under 24’s under the guidance of Ronan Keating and mentor Kelly Osbourne.

As everyone knows getting through the rounds of singing shows is tough and sadly Mitch’s journey came to an end with home visits. He thoroughly enjoyed his time on the show and was involved in it’s publicity trail by doing appearances at Sydney’s Westfield Chatswood and Liverpool with other contestants to packed crowds then flying to Brisbane’s Queen St Mall for another. A few days later he flew back to Brisbane to appear on Channel Seven’s Sunrise in an outdoor broadcast to perform a snippet of his audition song along with 5 other performers. Mitch says of his journey on the show “Although I was devastated leaving the competition, it was an awesome experience and I met some great people. I’m now focusing on my future with a great team behind me and there are some exciting things coming up!”

Mitchell’s driving ambition and talent will now see him continue his musical journey. He has gained management and continues to promote his two dance tracks that were released through Neon Records. Next step for Mitch is to reach his dream of releasing his own original material and taking that material out on the road Australia wide. Plans are currently in the works for an album but in the meantime, an EP, ‘Bedroom Acoustics’ has been released containing versions of the two songs he showcased on X Factor ‘Beneath Your Beautiful’ and ‘Save the World’ along with the two single releases ‘Open Your Eyes’ and ‘It’s Not Over’ in acoustic mode. The EP peaked at number #2 on the Singer Songwriter iTunes charts and #17 on the overall iTunes Album charts the day after he left the show.

Definitely a star on the rise.