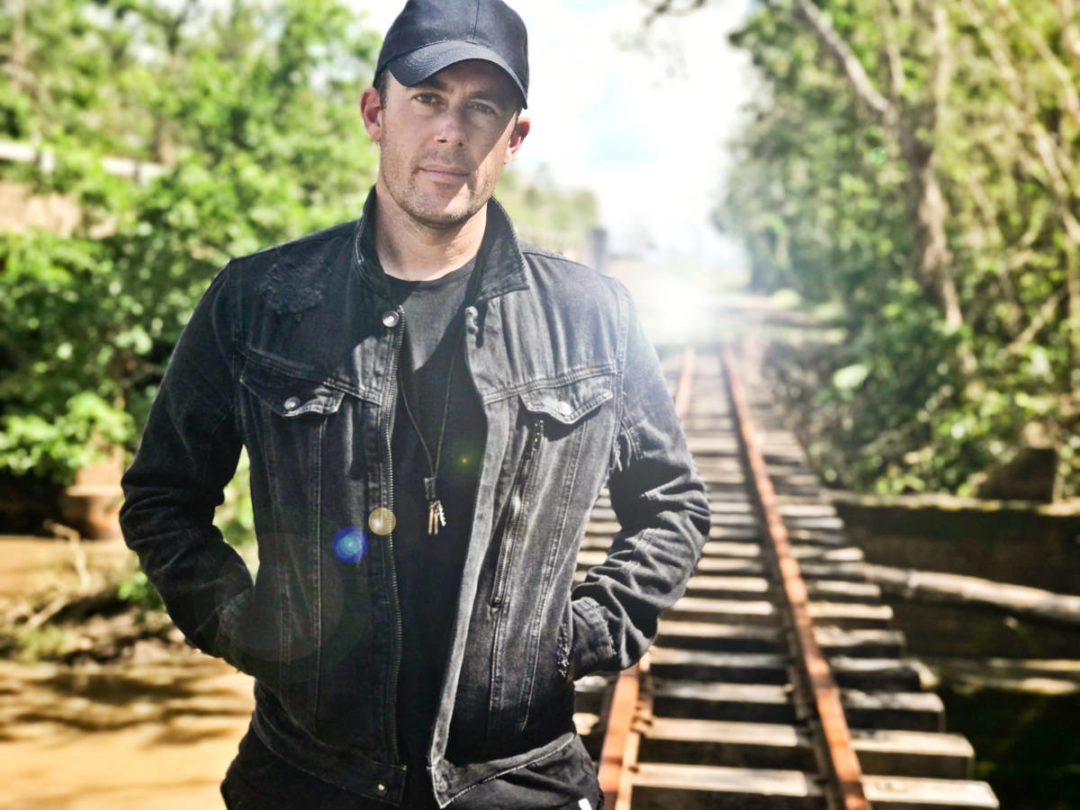 Golden Guitar Finalist Casey Barnes is making a monumental impression on the Australian country music scene. He’s had hits in Europe, recorded and toured in America, appeared in a top-rating TV show in Australia and performed alongside many international stars including Mariah Carey, Lady Antebellum and Bryan Adams.

Casey started his singing career in his home state of Tasmania before relocating to the Gold Coast, which he has called home now for the past 20 years. A chance meeting in 2014 with one of his childhood idols Rick Price (Not a Day Goes By, Heaven Knows) in Nashville spawned Casey’s 2014 EP ‘Flesh & Bone’. Produced by Price and mixed by Grammy Award winner Jason Lehning, this EP saw the release of four singles, ‘Valentine’, ‘Flesh and Bone’, ‘Waiting On The Day’ and ‘Hard Times’.

Casey headed back to Nashville in 2016 to record his follow up album ‘Live as One’ at the famed Sound Emporium Studios. This album showcased a mixture of fan-favourites plus new songs, including ‘The One You Love’, which was produced by ARIA award winning producer Nick Didia. (Bruce Springsteen, Pearl Jam, Powderfinger, Kasey Chambers).

The album’s title track became the first single, a heartfelt song with an even more powerful music video, featuring well-known Australians along with national and international sporting identities holding up #LiveAsOne signs. The song conveyed a positive message at a time where hope is needed more than ever. Other tracks on the album include hit single ‘Just Like Magic’, co-written with powerhouse songwriting team Michael Paynter and Michael Delorenzis for what became a modern country smash. Eddie Spear (Jack Johnson, Willie Nelson, Neil Young, Norah Jones, Sheryl Crow, Chris Stapleton) also lends a hand, engineering and mixing the title track, ‘Live As One’, ‘Saving All My Love (feat Michelle Barnes)’, and ‘Say That You Love Me’. Upon the album’s release it immediately shot up the ARIA charts landing at #9.

In June 2016, Casey travelled to California to perform at major US music festival Country Summer. An annual event, held at Santa Rosa, the stellar line up featured the likes of Lady Antebullum, Kip Moore and The Band Perry. Casey also made his US television debut performing on CBS morning show ‘Good Day Sacramento’.

In June 2017, Casey released his next single ‘The Way We Ride’. This gutsy high-octane track with an anthemic feel maintained Top 10 status on various Country Charts including the #1 position on the Country Tracks Top 40 Charts for 4 weeks. This was also the single that saw Casey nominated for his first Golden Guitar Award. The track went on to catch the attention of PBR Australia (professional bull riding) which saw Casey performing at their national events across two years.

‘Keep Me Coming Back’ kept the success continuing. Catchy and upbeat, the song, debuted at #4 on the Country iTunes Charts and rocketed to #1 on the Australian Country Tracks Top 40 Charts. The single also made its presence felt in North America when it made the Top 10 on the iTunes ‘Hot Tracks’ country charts. This was the third collaboration with MSquared and one that continues to gather momentum and high chart success with each release. Creatively Casey is now in the best place he’s ever been. Constantly pushing the boundaries delivering dynamic country/rock songs that embrace a feel-good element.

The success continued in 2018. Lead single and the uplifting feel-good party track, ‘Ain’t Coming Home’ from the new album ‘The Good Life’ enjoyed two consecutive weeks at #1 on the Country Tracks Top 40 Chart.

Casey’s current album ‘The Good Life’ was recorded in Melbourne with Casey teaming up once again with Michael Paynter and Michael DeLorenzis from MSquared Productions. The album got off to a tremendous start debuting at #1 on the iTunes Country Chart and an equally impressive #2 on the ARIA Country Charts, proving that Casey is a force to be reckoned with on the country music scene. The album carved a path of contemporary country, delivering toe tapping songs that have turned into favourite anthems. To date it’s also been streamed over 2.3 million times on Spotify.

Success didn’t stop there, with the album spawning two more successful singles ‘Be Mine’ (which has amassed over 1 million Spotify streams) and the beautiful heart-warming ballad ‘Set Sail’. The latter proving one of Casey’s personal favourites which is close to his heart.

A seasoned television performer, Casey has performed on such shows as Sunrise, The Morning Show, Foxtel’s AFL 360, and the annual Channel Seven Telethon in Perth.

Casey is gearing up for an exciting and massive start to 2019 with his association with PBR continuing, this time internationally with performances locked in as part of the USA major event ‘Unleash The Beast Tour’. This amazing opportunity will see Casey performing at an event in Kansas City, Missouri and two events in Sioux Falls, South Dakota in the first quarter of this year. Casey is also set to return to Nashville and Los Angeles to continue writing and recording his fourth studio album that will also contain new songs from Michael Paynter and Michael DeLorenzis keeping that magic formula going. The album will be due for release later this year.

In the meantime, we can look forward to a new single release on 15th February. ‘Better Days’, from the current album ‘The Good Life’ is a positive song about living in the moment and relishing every day, something that Casey is certainly doing to his fullest potential.

Further festivals and shows are already locked in, ensuring that 2019 will be one of Casey’s biggest years to date!