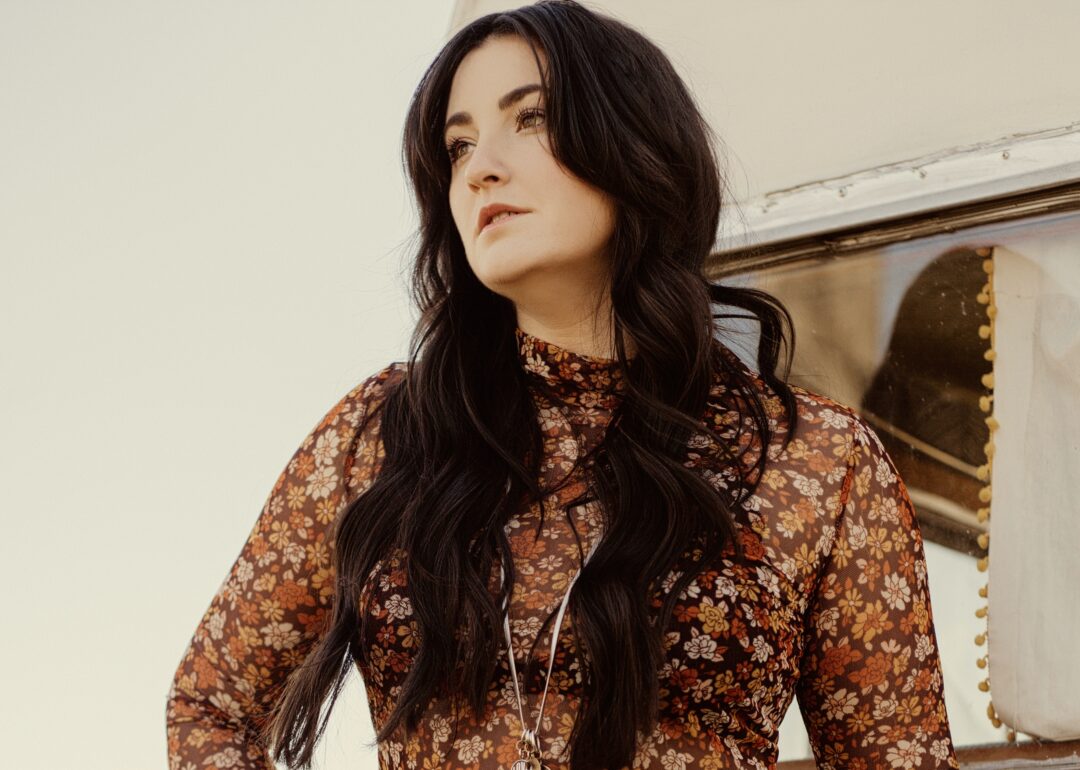 Few can say their love for music came to them through an air vent. Canadian Country singer/songwriter Danielle Todd can.

In her childhood bedroom, complete with pastel sponge paint and horse wallpaper, Danielle would fall asleep to the sound of her father’s music coming through the air vent from his basement studio. Watching him work his magic, she would marvel at the way he could piece a song together, until one day, her dad just needed her out of his hair. As Danielle fondly recalls, he handed her a CD with Patsy Cline’s “Sweet Dreams of You” on it and said, “Don’t come back until you’ve learned it.” Much to her father’s surprise, a mere hour later, four year old Danielle had returned, singing with the gusto of Patsy herself.

From that moment on, Danielle was head over heels for the country croonings of female powerhouses like Patsy, Martina McBride, Shania Twain, and Faith Hill. When it came time to find a job in her teenage years, Danielle walked into bar after bar, convincing them to give her a regular slot to sing— even if that slot didn’t yet exist.

“The bar owners would be like, ‘Sure, send us a CD.’ I just responded, ‘I don’t have one, and I’m here right now so I’ll just sing here,’” Danielle remarks. And that was that.

Pretty soon, Danielle had made a name for herself in the Ontario music scene, not to mention in Australia as a result of a year-long, working vacation. Before long, Danielle realized she wanted to be where music was 24/7 and all-encompassing: none other than Nashville, Tennessee. Knowing she had some fierce competition awaiting her on Broadway, Danielle learned over 250 cover songs before packing up her 1999 Honda Odyssey “soccer mom van,” as Danielle jokingly puts it. “I figured if worse came to worse, at least I had a van I could live in,” she laughs.

Thankfully, it never came to that. Working five to seven days a week, often times up to 14 shifts in a row, Danielle earned her keep under the neon lights of Broadway. Whenever she wasn’t singing, Danielle was honing her songwriting craft, a passion that had struck as a result of working with acclaimed Ontario songwriter, Ambre McLean, encouraging Danielle to take up the piano and attend various songwriting retreats.

Over the last few years, Danielle has continued to hone her sound, resulting in a pop-country mix infused with undeniable Stevie Knicks-esque inspiration. With the pop sensibilities of the likes of Mariah Carey and Whitney Houston, a touch of edginess, and a little bit of quirk that Danielle finds indicative of her sound, songs like her debut single, “Crazy,” came to be.

Released in early 2019, “Crazy,” co-penned with Bobbi Holliday and Caitie Thompson, took Danielle to higher heights, achieving accolades like Ontario’s Artist of the Month in April 2019 and winning Country 104’s “Women in Country March Madness” with Carrie Underwood as the competition. The fresh, upbeat tune even went so far as to enjoy a spot at #80 on Canada’s TRAX Report, #28 on Sirius XM’s CBC Country, and #34 on Australia’s Music Network’s Hottest Country Top 50.

Her subsequent and most recent single, “Backburner,” was similarly high impact in both Canada and Australia, landing a spot at #23 on the Music Network Hottest Country Charts and introducing the “soft edge” that is indicative of Danielle’s sound. A tour to Australia followed, showcasing Danielle’s unique country sound at the iconic Tamworth Country Music Festival where she performed as part of the International Showcase on the main Toyota Park Stage.

After a quiet two years spent uncovering what is most important to her, Danielle makes her highly-anticipated return to the music scene with the February 11th release of her single, ‘Heat of the Moment.’ This energetic, pop country track chronicles a coming-of-age and the wisdom that comes with realizing how good you had it back when you were young and carefree.

That love for music that originated from an air vent certainly hasn’t ceased as Danielle continues to evolve and pave her own path in today’s industry.