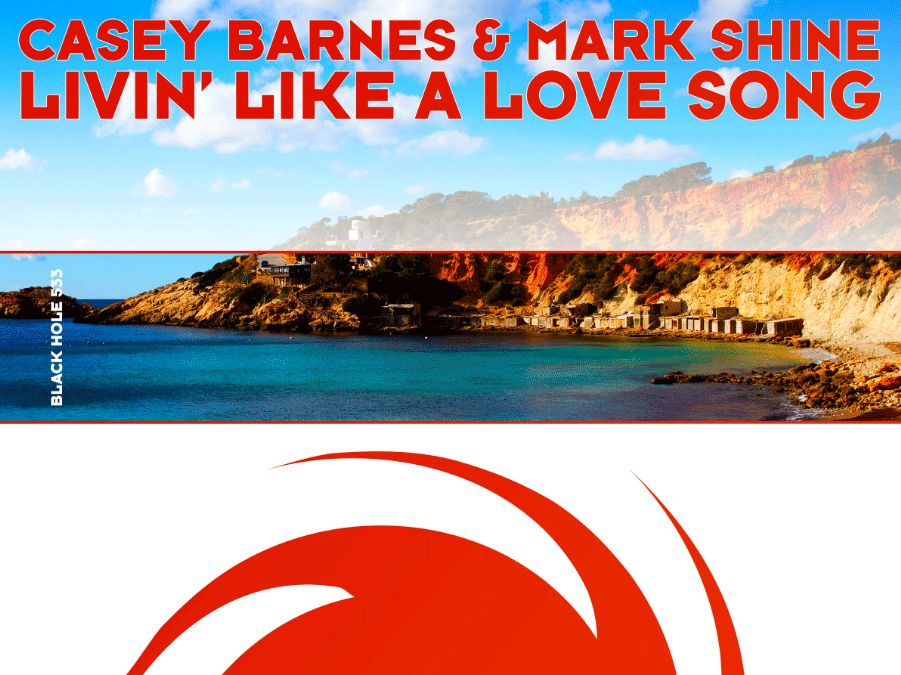 The single, which has been signed to large Dutch label Black Hole Recordings, features Casey and Jamaican singer Mark Shine and was recorded recently in New York. A slight departure from his previous rock/pop offerings, this song takes Casey into the world of dance music and showcases his versatility as a singer-songwriter. On top of an infectious, laid back groove, the vocals reach an enticing sing-along level and make for an outstanding vocal house track.

Casey says of the track “Its not everyday that someone pitches a track to you and on the very first listen you just love it straight away but that’s exactly what happened when Mark Shine played me a demo of Livin’ Like A Love Song’ when I was in New York recently. We were lucky enough to record the track together while I was there and then one thing lead to another and the single got signed to Dutch mega label ‘Black Hole Recordings’. Its been great to have label support with this single and I’m so excited to finally have it coming out so everyone can hear it!!’

Along with it’s original version, the song is available in three other mixes including Remy Le Duc, Miky Ivy & Nimo lero and Somna. This is not the first time Casey has ventured into the dance scene, he had a number one hit on the European dance charts, singing Marco Demark’s remake of Elton John’s Tiny Dancer in 2008.

‘Living Like a Love Song’ was released exclusively on Beatport on 8th July followed by iTunes and all other portals on 22nd July.
https://itunes.apple.com/au/album/livin-like-a-love-song/id669980861