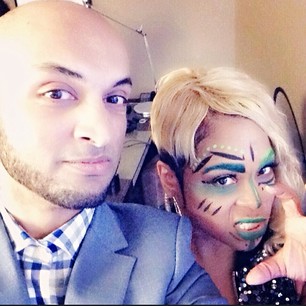 Whilst the name Kris ‘ChristopherKris’ Lal may not be familiar to you now, that’s exactly the way the musical maven likes it. A self professed ‘Behind the Scenes’ guy, its hard to imagine how the Auckland, New Zealand based entrepreneur has kept his musical aspirations under wraps for so long despite working with names like the US Billboard chart topper Chingy and Tboz of USA’s/Worldwide best selling girl group TLC.

The producer, writer, singer and label manager wears multiple hats, much like his inspirations in music Timbaland and Pharell Williams, “I admire the likes of Pharell and Timbaland, they can get it done in the studio, on the microphone, on stage and even more importantly, in the boardroom….I find that dope, and definitely aim to be like that”.

Whilst his collaboration with US Billboard platinum chart topper Chingy earnt him a certified #2 Urban placing on iTunes in Australia and NZ, it’s his latest collaboration which has the enigma gushing as his greatest feat. “So far, one of my greatest achievements in life is working with Tionne (T-Boz) Watkins of TLC, I am their biggest fan, and meeting and working with her was surreal”. TLC is considered musical royalty, with anthems like ‘Waterfalls’ and ‘No Scrubs’ in their catalog of over 65 million records sold, we can definitely co-sign his sentiments on working with the legendary Grammy award winner.

The result of their musical minds meeting is the slick RnB/Pop offering ‘In My Hands’ which packs as much bounce as it does bop. Co-written by Tboz and featuring Lal’s protege Lucy X, female rapper Monax and RnB up and comer Donell Lewis the song is set to make an even bigger impact with a video directed by award winning director Shae Sterling.

“Working with Tboz on the video was one of the BEST moments of my life, here was a voice, a legend who redefined and mastheaded a generation of music with her group”…”She approached the video with an open mind, she loved Australia so she had a field day with our Kiwi and Aussie accents alike!”.

The visually rich, thought provoking clip was the brainchild of Kiwi award winning director Shae Sterling and ChristoperKris. “We wanted to make something very different, visually rich, brave and thought provoking” “I told Shae (Sterling) to think different, we are working with a legend, its all or nothing, be weird, whacky and wonderful as possible”. The video is released WORLDWIDE today.