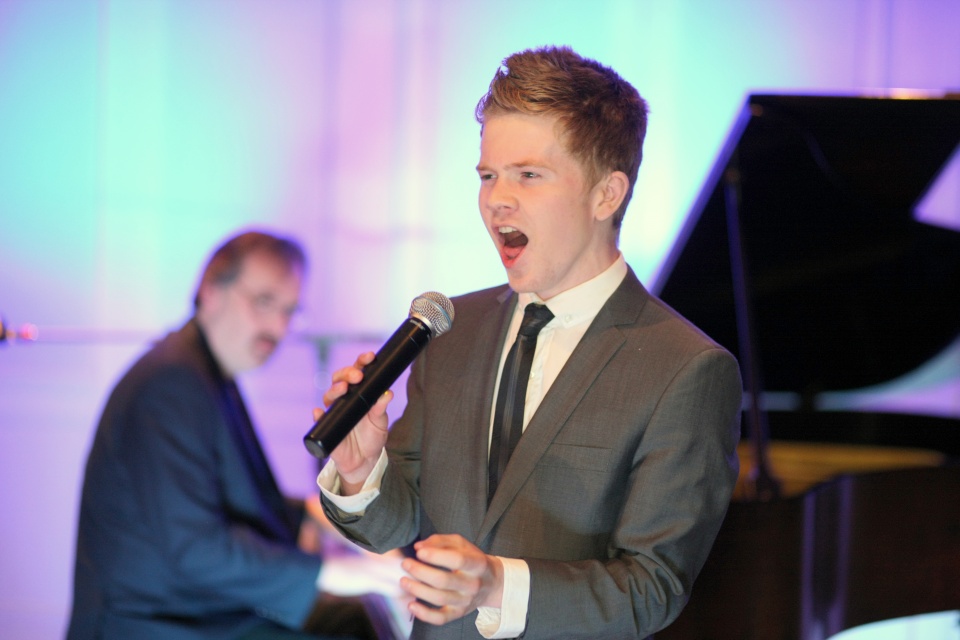 At just nineteen years of age, Liam Burrows is a jazz sensation. Since July 2011 he has enjoyed a meteoric rise to the top of the music scene whilst continuing to develop as an exceptional and unique entertainer, performing at leading venues all over Australia as well as overseas.
He has earned the respect of fellow professionals and stunned the public with a mature vocal style and stage presence that is way beyond his years.

Liam brings to his music a level of technical ability, scatting and realisation of phrasing that can only be described as incredible. Many describe him as a prodigy, whilst others call him the next Michael Bublé.

Despite his youth, Liam is no newcomer to performing…..he began singing at the age of two, played classical piano at six and took up the trumpet at nine. At the tender age of twelve Liam was inspired to sing jazz and swing.