Sydney duo Seaforth will be packing their bags and purchasing a one way ticket to Nashville in the next few months to find their feet in the North American market. The lads have been traveling to and fro from the States for some years now as they continued to write and record for an upcoming release. Their trip earlier this year, saw interest from Sony Nashville and has resulted in Seaforth officially signed on a worldwide deal. Sony Nashville holds it’s ranks as one of the biggest labels in North America and looks after some of America’s most popular Country Artists including Tyler Farr, Brad Paisley, Cam, Faith Hill, Kenny Chesney, Tim McGraw and Miranda Lambert.

Meanwhile, Mitch and Tom are keen to celebrate with their fans by holding a special ONE NIGHT ONLY GOODBYE SHOW at Oxford Circus in Sydney on Friday 28th July. The boys will be showcasing their new songs along with some old favourites. Second release tickets have now SOLD OUT and third release are now on sale. Grab yours today as it will be your only opportunity to say goodbye!

Little Sparrow artist CXLOE will also be joining Seaforth on stage along with Liv Cartledge. 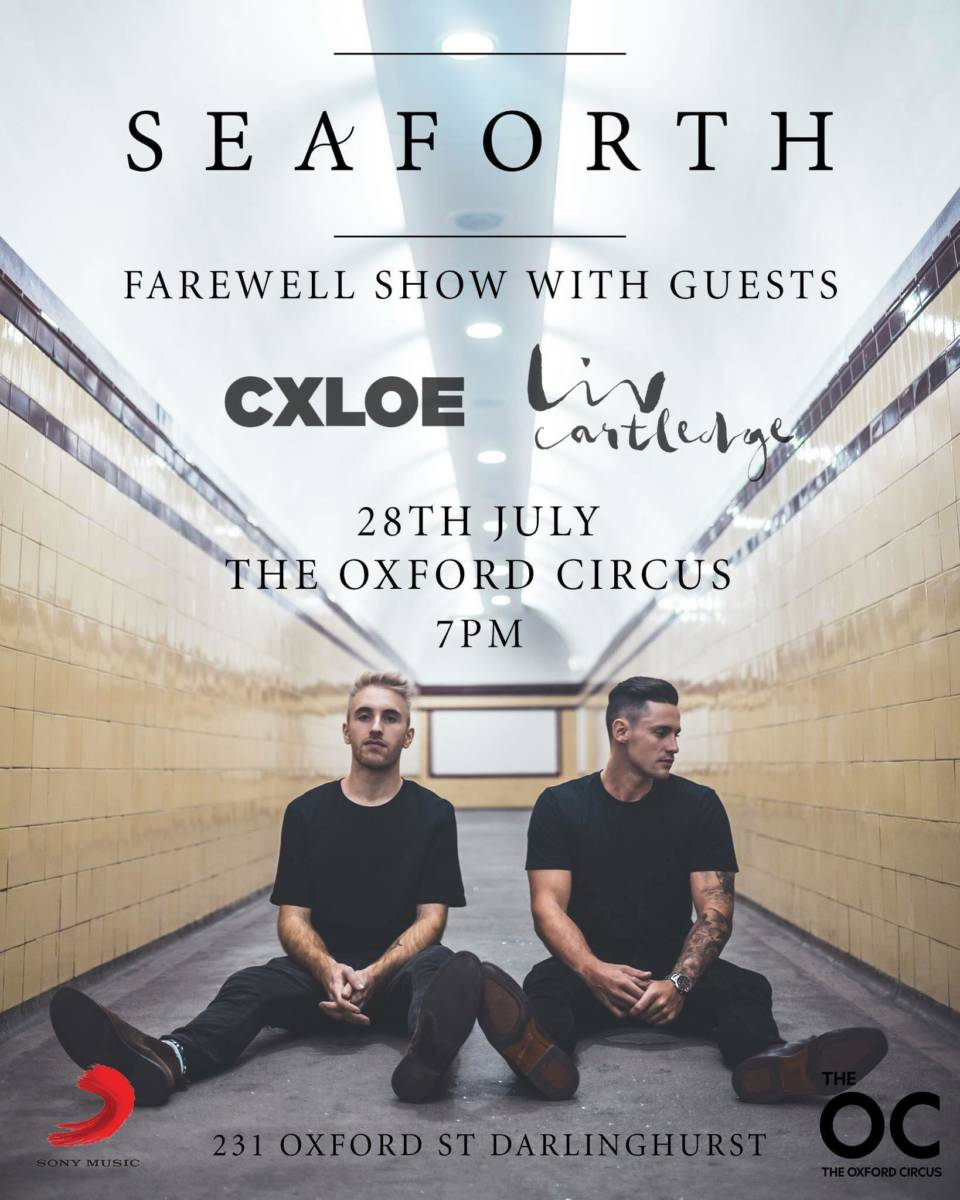