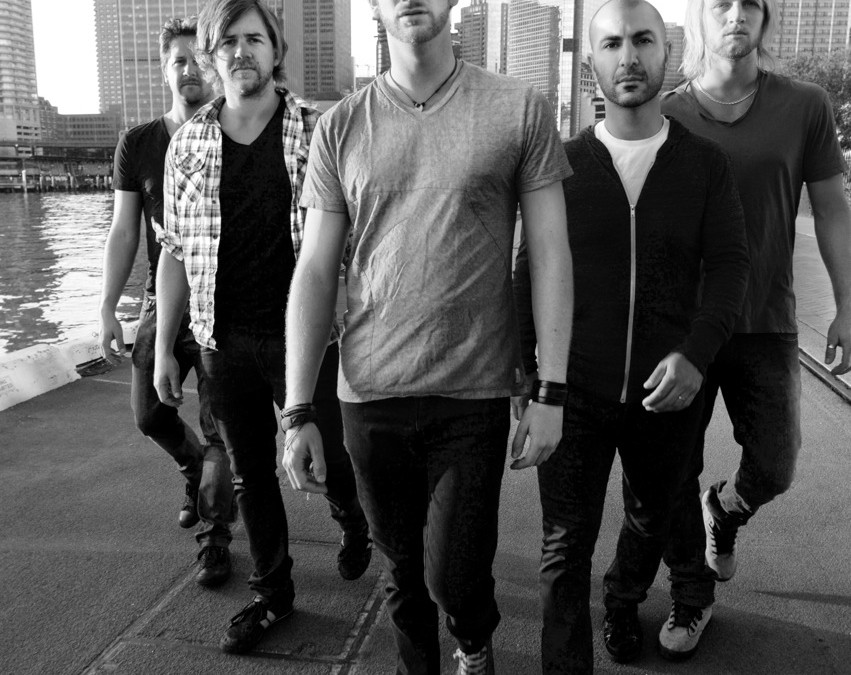 Sydney’s ANZ Stadium will next month play host to some of the world’s finest musicians in a 2 day all ages music festival featuring an impressive lineup of local and international artists. We are happy to announce that STONE PARADE will be sharing the stage with the likes of Billy Joel, Van Halen, Lifehouse, Diesel, Shannon Noll, Guy Sebastian, Jimmy Barnes, Noiseworks and The Living End. Billy Joel and Van Halen will headline the event inspired by the ’70’s cult biker film Stone.

Stone Parade will open day two of the festival and will hit the stage at 11am. For more details on the event which takes place on April 20th and 21st and ticket sales head to:
http://premier.ticketek.com.au/shows/show.aspx?sh=STONEUMB13#.UUHLTI7A4Rm

More details can be found on the official website
http://www.stonemusicfest.com/

Set times and lineup are listed on the flyer below. It’s going to be a killer event and will be Van Halen and Billy Joel’s only Australian show. 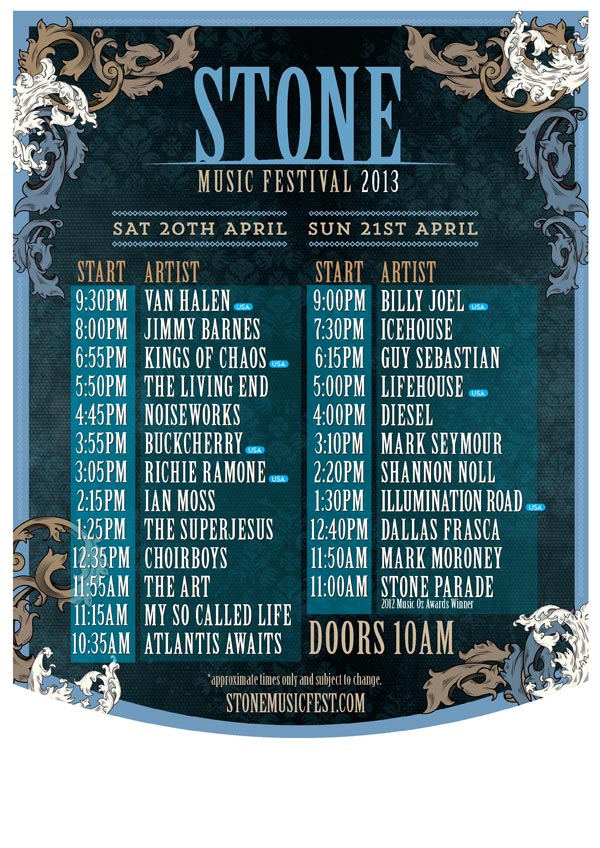