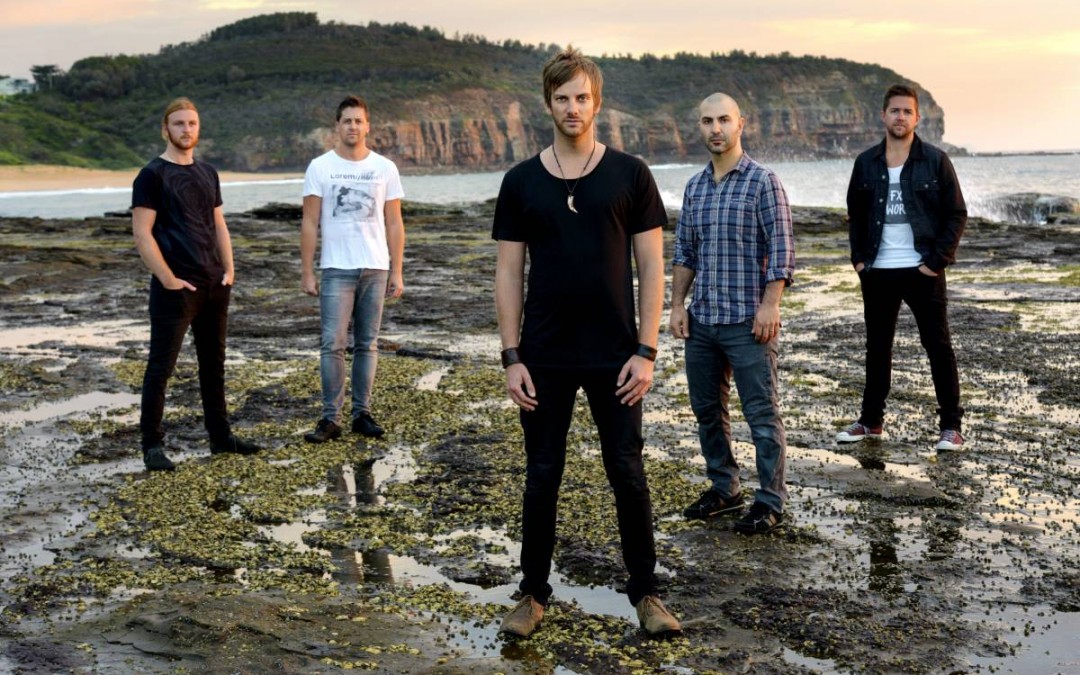 1997!!! Fashion was velvet, Cindy Crawford and Claudia Schiffer were hot, The Spice Girls dominated the charts, Ellen DeGeneres admitted she was gay, Titanic and Men in Black stole the cinema screen, Seinfeld was the hit TV show, we were all secretly singing Aqua’s Barbie Girl and we lost Princess Diana and Michael Hutchence BUT the biggest event that year was the beginning of all things rock….STONE PARADE!!

From living in LA, to releasing two albums and a string of EP’s and singles, to performing at the legendary Viper Room, sharing the stage with Maroon 5, Hoobastank, Five Doors Down, Lifehouse, Eskimo Joe, INXS, Jimmy Barnes, Jon Stevens, Juke Kartel, The Trews (Canada) to performing to over 20,000 high school students during the 2009 Rock the Schools Tour from Sydney to Noosa, the band have seen it all. They have toured Australia in small and large venues, performed at high profile festivals with Aerosmith, Van Halen and Billy Joel, have toured the US and Canada, have won major competitions and awards including Nokia Be Heard and International Songwriting Competition in 2008 for ‘Somebody Will Miss You’. There have been performances on The Footy Show, Weekend Sunrise, Kerri-Anne Kennerley and MTV. This just scratches the surface!

Join the band for a fun night of memories, new songs and old favourites as STONE PARADE celebrate 20 years!! The lads will be performing for ONE SPECIAL NIGHT ONLY at NARRABEEN SANDS HOTEL, SYDNEY, FRIDAY 1ST DECEMBER. FREE ENTRY!!

Our friend and fellow Little Sparrow PR artist, TIM CONLON (The Voice 2017) will be supporting!
https://www.facebook.com/timconlonmusic/ 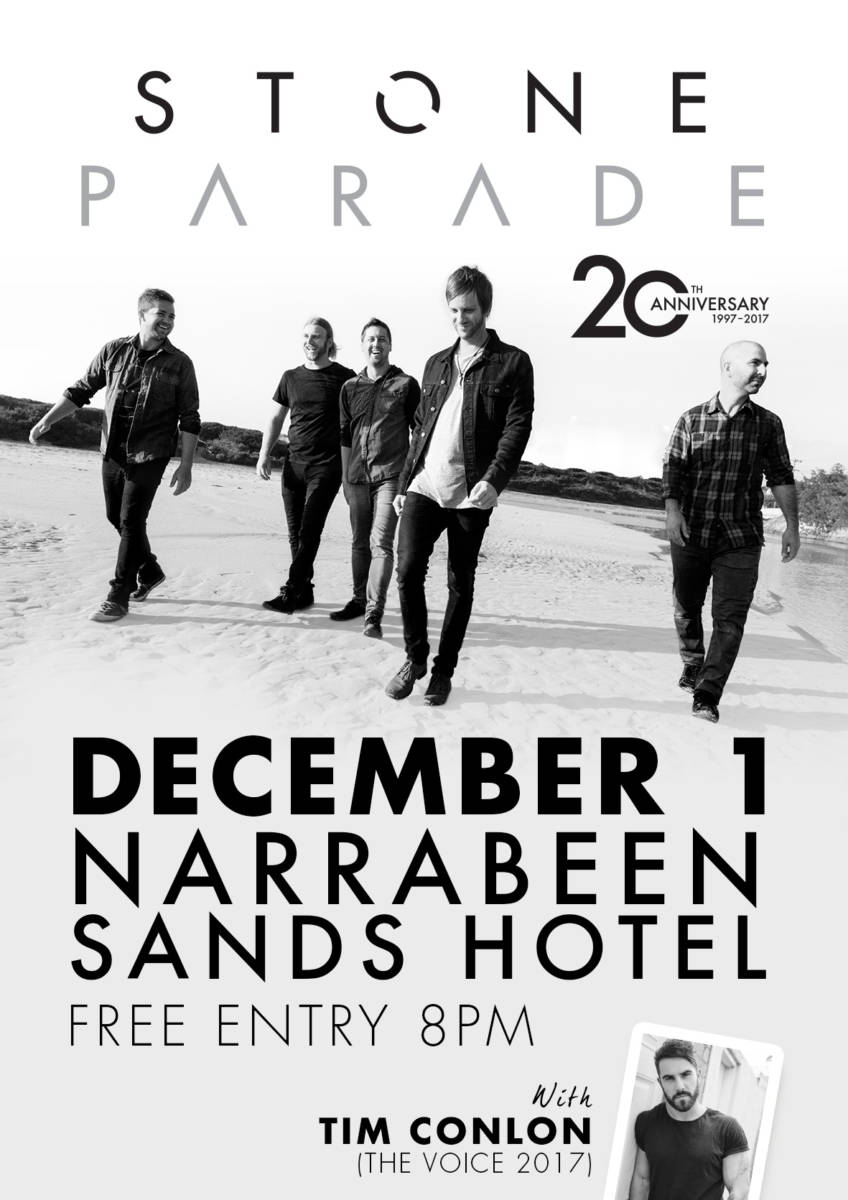