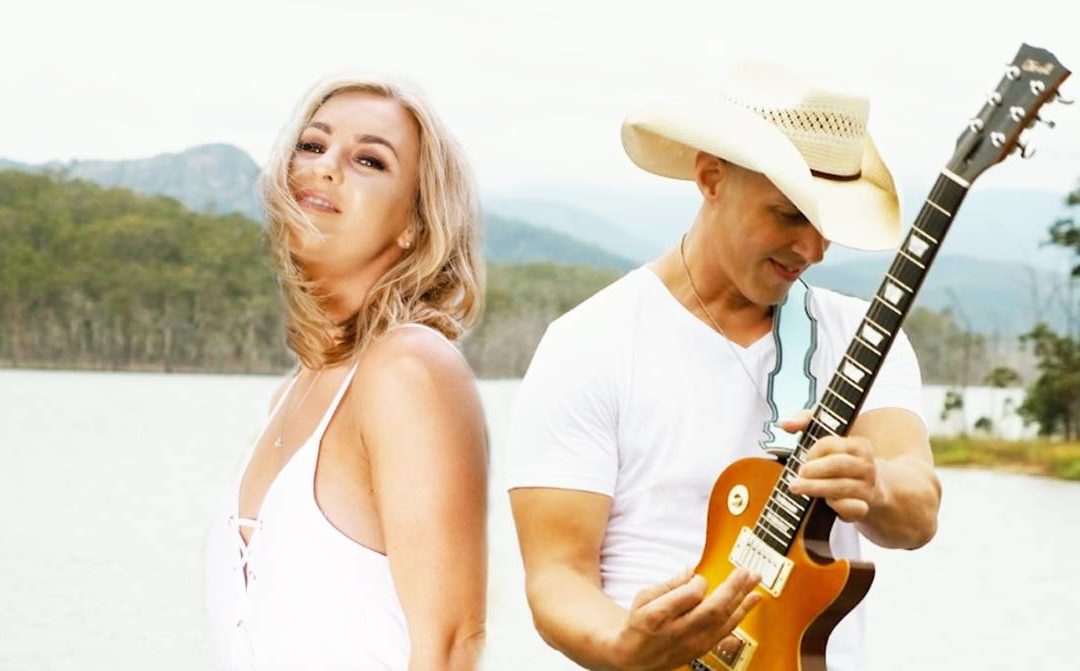 After touring nationally in 2017, Country Music performers Natalie Pearson and Brook Chivell have teamed up to release a catchy feel-good duet ‘I Wonder What You Kiss Like’. (Released 8th February) Penned by country music favourites Kaylee Bell and The Wolfe Brothers and produced by Adrian Hannan, the song tells the story of a young couple who want to make their first kiss perfect but keep getting interrupted. Will they, won’t they?

“We are really excited about this release. A perfect start to the new year – new energy and full of hope”

Toyota Star Maker 2017 finalist Brook Chivell is impressing fans with his electric performances, most recently on the main stage at Groundwater Country Music Festival in Broadbeach, Tamworth Country Music Festival and Gympie Music Muster 2018. His energy and connection with the crowd, show after show has seen Brook’s profile rapidly rise and has led him to major festival appearances. Last year Brook released country rock single ‘Outta My Song’, which gained airplay nationally and led to chart success on KIX Country Radio Network. CMC also supported the music clip. Brook is endorsed by The Guitar Strap Co which features in the music video for ‘Outta My Song’ as well as the new video for ‘I Wonder What You Kiss Like’.

After a winning performance on the main stage at Gympie Music Muster 2018, performances at Tamworth Country Music Festival and Deni Ute Muster 2018, chart positions on CMC, KIX Country Radio and The Music Network, contemporary country newcomer Natalie Pearson is making a lasting impression. She may be petite at 5’2” but this girl-next-door has some big notes to deliver. With her strong vocals and engaging live performance, she is most certainly a performer with a very exciting future. Riding the wave after recently supporting The Wolfe Brothers in Queensland, Natalie is now gearing up for performances throughout 2019.

Exciting times lie ahead for both Brook and Natalie. They have just returned from Tamworth Country Music Festival where they held their official single release. ‘I Wonder What You Kiss Like’ debuted at #2 on the iTunes Country Singles Chart and #31 on the All Genres Chart. It also sits at #2 on the Country Tracks National AirPlay Chart this week. The music clip has been added to CMC where it is in regular rotation and KIX Country Radio Network have locked in support for the track.

‘I Wonder What You Kiss Like’ is officially out at radio and airing on Foxtel’s CMC NOW.