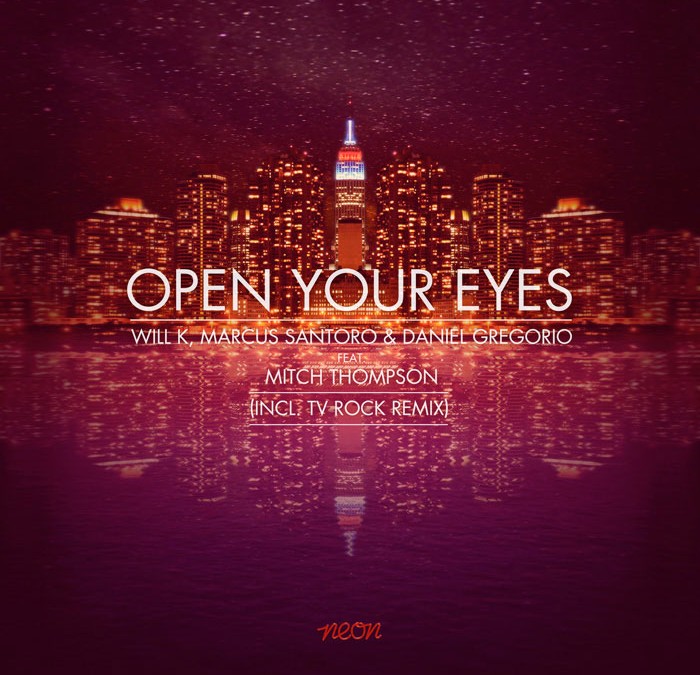 Talented Northern Beaches singer Mitch Thompson has released an exciting club track as part of a collaboration with Will K, Marcus Santoro and Daniel Gregorio. Entitled ‘Open Your Eyes’ this catchy song was released through Neon Records on Beatport but hit iTunes May 24th.

Mitch rose to national attention in 2012 when he appeared on The Voice Australia as part of Team Seal and continues to gain a popular youtube following. Known also as the frontman of Sydney’s Northern Beaches rock outfit ‘Is it Her, Mitch is no stranger to performing having done so from an early age which led him to selling out shows with his band at venues such as the famed Lizottes, Dee Why many times over.

‘Open Your Eyes’ will be added to Sydney’s 96.1 from this Sunday 9th June and has been featured on Sydney’s Nova. In addition, the track has been added to the June playlist for Shakedown Radio and is in rotation on club and dance music radio station 4PLAY.fm

Stay tuned for more exciting news and releases on Mitch Thompson very soon and in the meantime catch Mitch’s blind audition from The Voice 2012.