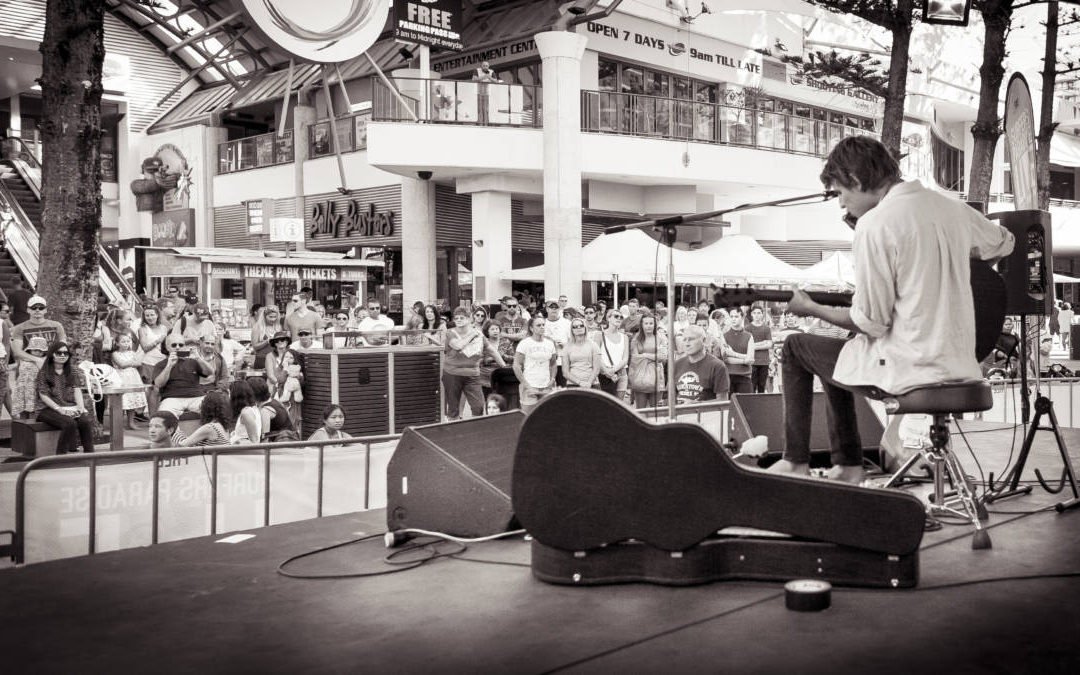 Gold Coast musician Mitch King has been bunkering down working on a new single called ‘Everything Shines’ which is set for release later this month. In preparation for this exciting single launch, Mitch will be hitting the road from September 11th for a massive run of shows along the Eastern Seaboard.

This has been an exciting year for Mitch as he continues to tour the country bringing his unique one man band blues and roots sound to festivals and venues throughout Australia. He was crowned ‘Hottest New Act’ at the popular St Kilda Festival and Winner of the 2016 Tamworth Country Music Festival Busking Championships cementing him as one of Australia’s exciting new talents. Throughout the year, Mitch has created a remarkable following by performing at such festivals as Gympie Muster, Blues on Broadbeach, Broadbeach Country Music Festival and Tamworth Country Music Festival at the beginning of the year. Now represented by Melbourne’s 123 Agency, Mitch will continue touring extensively over the next 12 months to promote ‘Everything Shines’ and an upcoming EP.

Stay tuned for further details and catch a gig when Mitch tours your town!

For further information on Mitch:
http://mitchkingmusic.com.au 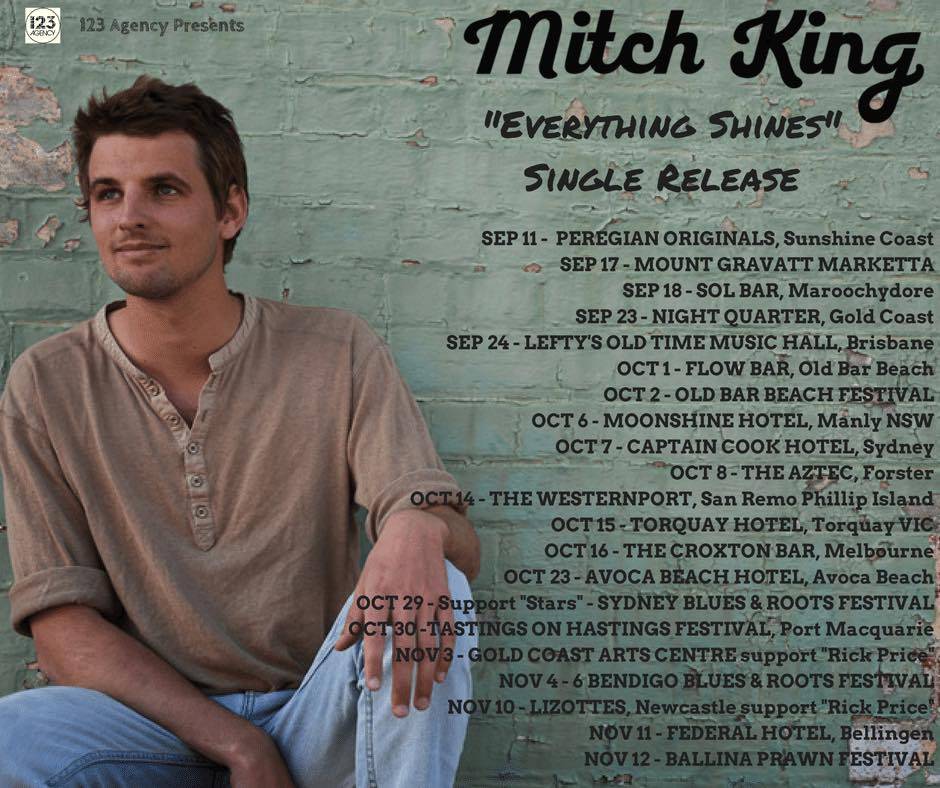