Brook Chivell makes a much anticipated return by releasing a brand new exciting single called ‘Fingerprints’, due to hit the airwaves from Monday July 15th. A constant favourite amongst country music fans and fresh from a Top 2 hit single on the KIX Country Charts with ‘I Wonder What You Kiss Like’ with fellow country artist, Natalie Pearson, this new single is punchy country rock at its finest.

The new single ‘Fingerprints’ is upbeat country-rock with a tip of the hat to 90’s rock. Brook self produced the song and had it mixed mixed by Steve James (Cold Chisel, Screaming Jets).

“Everything we have ever done adds up, to help make us who we are: the good, the bad, the lessons, the trials and the triumphs. Make every second count. We only get one life. Fingerprints is about that journey.”

After an engaging performance on the main stage at Tamworth Country Music Festival 2017, Toyota Starmaker Finalist, Brook Chivell climbed the national charts and featured on editorial, Spotify playlists and compilation CD’s. Each release has also enjoyed continuous support from CMC.

Growing up in Melbourne, Brook was immersed in his father’s record collection. Cash, Hank Sr, Haggard, Jennings as well as rock n roll icons Buddy Holly and Jerry Lee Lewis all played an important role in Brook’s unique and trend-forward country-rock sound, and powerhouse vocals, which has seen him open for notable artists such as Adam Brand, Morgan Evans, McAllister Kemp, Travis Collins and The Wolfe Brothers. 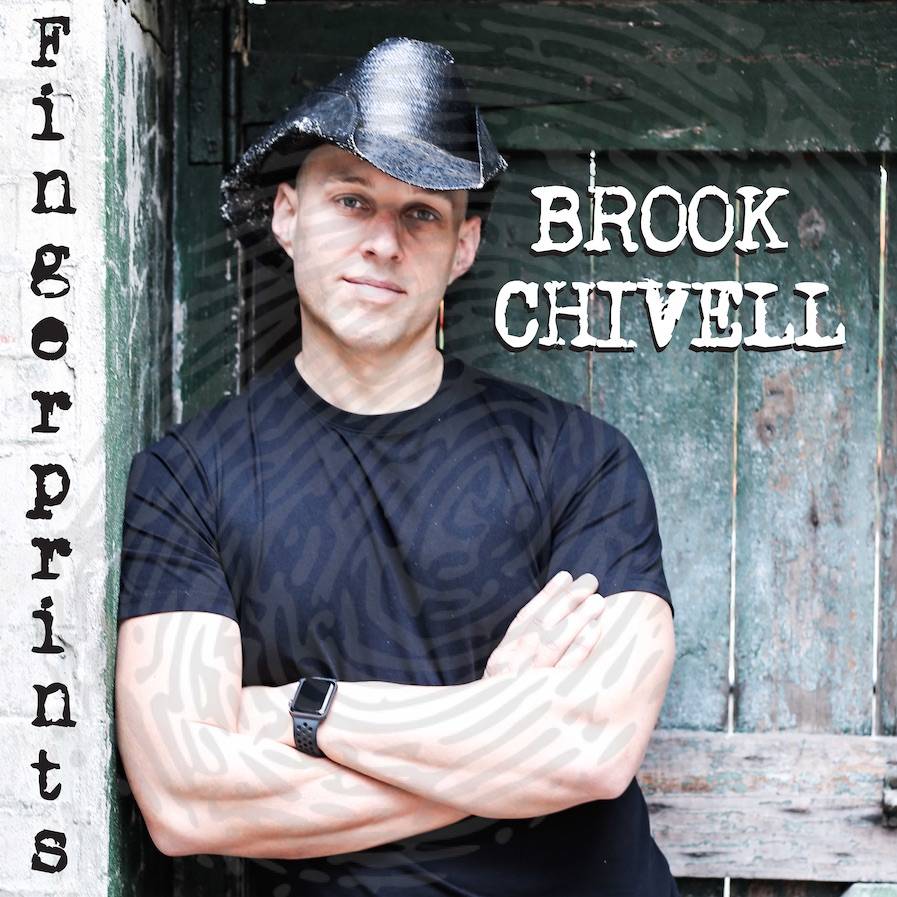