Brisbane tenor Gregory Moore returns to family hometown in the UK for ONE SHOW ONLY! 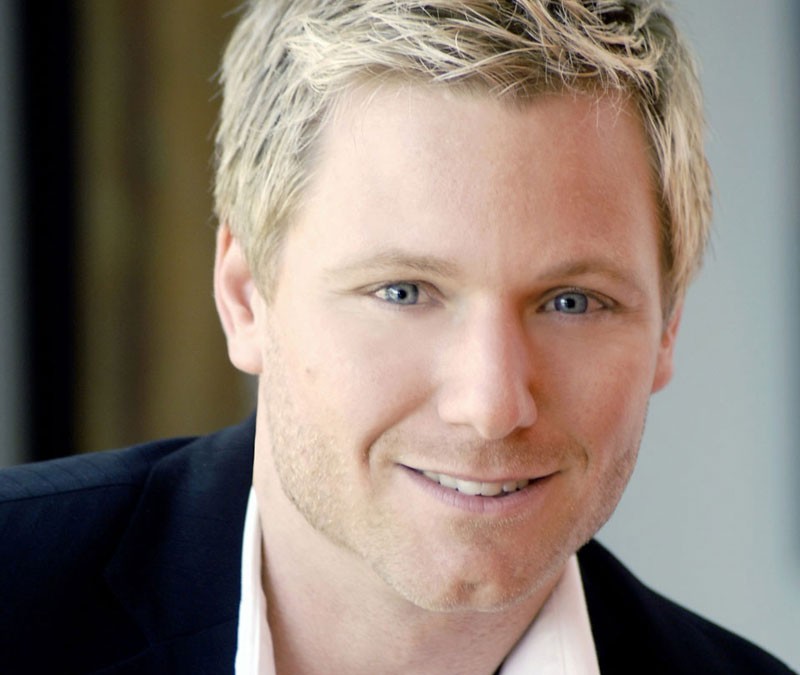 Acclaimed Australian Tenor Gregory Moore, returns to his family’s hometown of Christchurch, UK to present a ONE NIGHT ONLY intimate concert of much loved songs through the ages.

A classically influenced Entertainer with a voice that is rich and expressive, Gregory has toured with the Critically Acclaimed THE TEN TENORS, THE PIRATES OF PENZANCE – 10th Anniversary AUSTRALIAN TOUR and as the Tenor Soloist he has thrilled audiences around the globe in the smash hit spectacular SCOTLAND THE BRAVE.

With performances at the Sydney Opera House, the prestigious Lincoln Centre in New York City, and Toronto’s Roy Thomson Hall, Gregory is thrilled to be performing his first ever concert in the UK! In front of a live band Gregory will be performing much loved Celtic Classics & Love Songs through to Musical Theatre favourites, and with special Guest Vocalist, Abigail Cole, this will be a night not to be missed!

Tickets can be purchased here:
http://www.regentcentre.co.uk/eventlisting.php 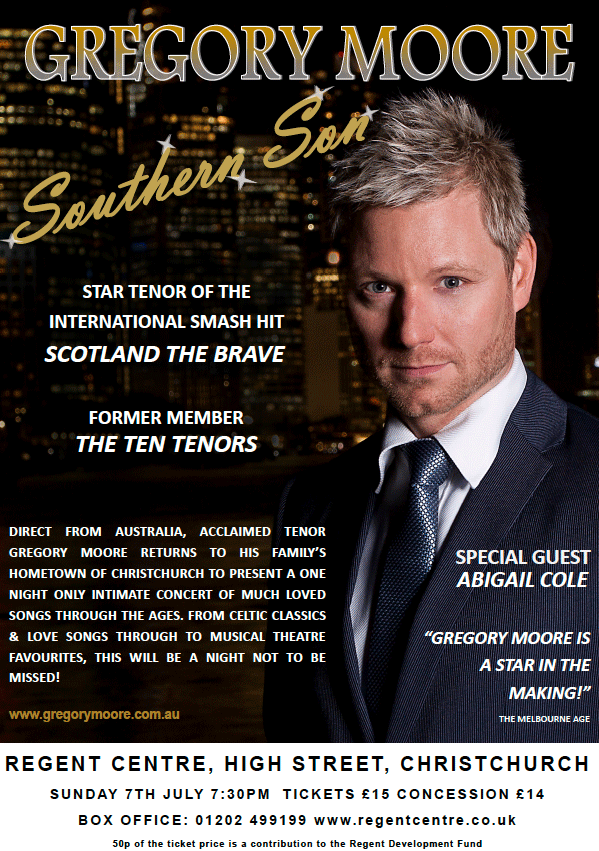